In a few weeks I'll be headed back to Bologna, one of my FAVORITE Italian cities. Bologna is the kind of place I could live...when I'm there I feel at home and I don't want to ever leave. The people are warm and friendly, the food is good, and there aren't many tourists.
Did I mention the food? The food is fabulous! The picture on the banner of this blog is Tagliatelle Bolognese that I learned to make at CIBO in Bologna...very tasty!
Here is a picture of a typical shop in Bologna...doesn't it look inviting? 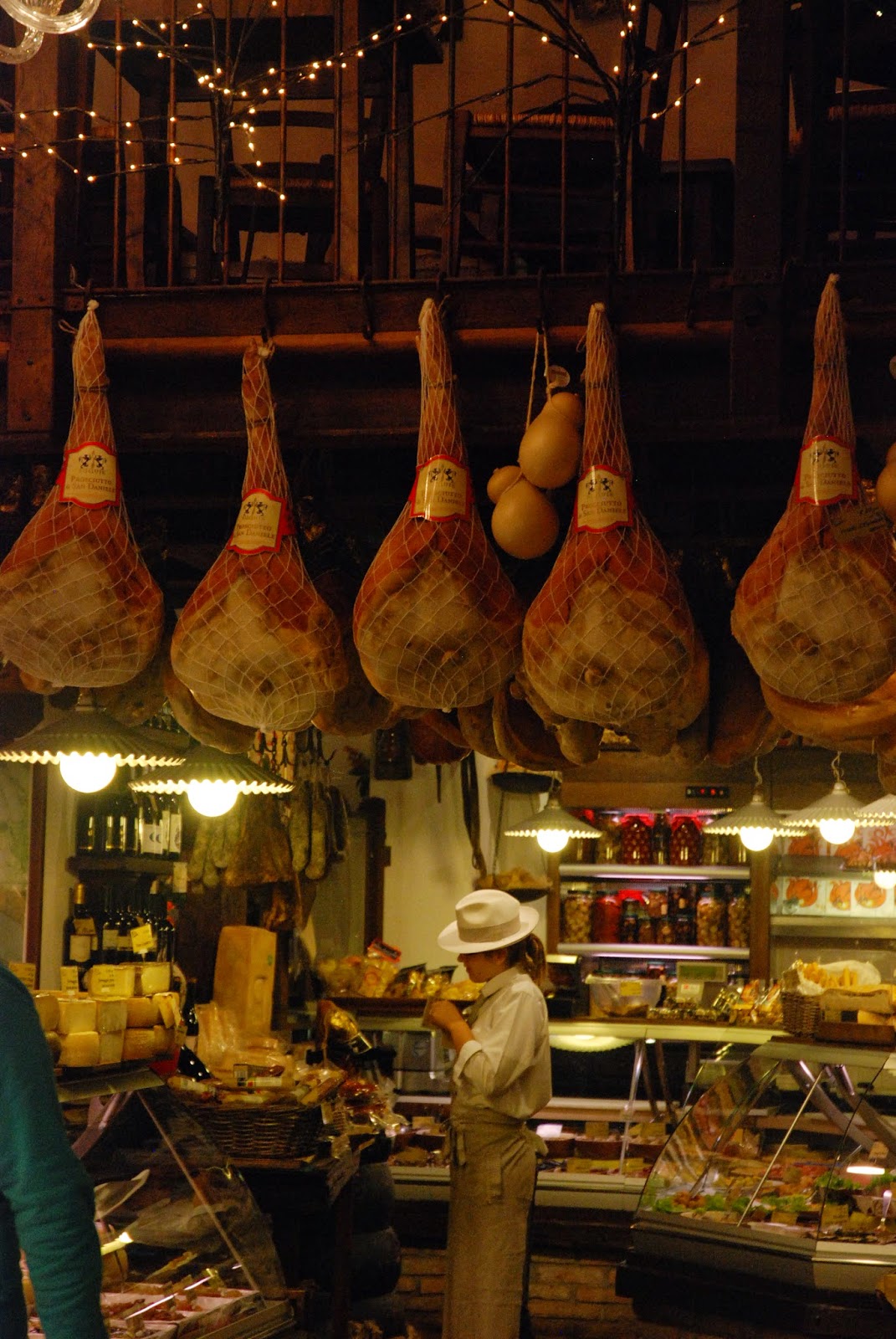 This trip I'll be attending an Italian language school. I've spent enough time in Italy that I think it's about time I learned the language. I know bits and pieces, but I'm hopeful that Cultura Italiana will help improve my skills.
Maybe I'll also get to attend a truffle festival, or maybe an antique market. There is so much to see and do in and around Bologna, and it's fall...my favorite time of year.
I'll be blogging from Italy, so please check in.
Have you ever been to Bologna?
Posted by Lisa at 1:04 PM