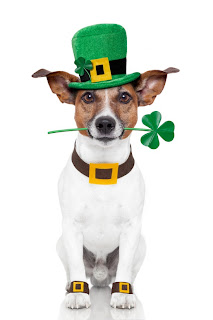 On St. Patrick's Day people drink green beer and eat green food. We even wear a bit of green, or run the risk of getting pinched. Here are five things you may not know about St. Patrick's Day.

His birth name was actually Maewyn Succat -- it wasn't until he was in the Church that it was changed to Patricius, or Patrick. St. Patrick, the Apostle of Ireland, was born in Kilpatrick, near Dumbarton, which is in Scotland. As a teenager, he was kidnapped by Irish raiders and enslaved as a shepherd for several years. He attributed his ability to persevere to his faith in God.

Despite the popular lore, St. Patrick did not drive the snakes out of Ireland because the island did not have any to begin with. Icy water surrounds the Emerald Isle, which prevented snakes from migrating over.

The first St. Patrick's Day parade was held in the U.S. The Irish have been celebrating the feast of St. Patrick since the ninth century, but the first recorded parade anywhere was in Boston in 1737. The parade was not Catholic in nature, though, because the majority of Irish immigrants to the colonies were Protestant. Ireland did not have a parade of its own until 1931, in Dublin. Even today, 18 out of the 20 largest St. Patrick's Day parades are in the states -- New York's is the largest.

St. Patrick used a three-leafed shamrock to explain the Holy Trinity to pagan Irish, forever linking the shamrock with him and the Irish in the popular imagination. He would tie shamrocks to his robes, which is why the color green is worn.


Information courtesy of  ABC News
Image (source)
Posted by Lisa at 10:31 AM

Email ThisBlogThis!Share to TwitterShare to FacebookShare to Pinterest
Labels: Holiday